|Publikation|Info Quelle|Beast from Revelation of John ? US Christians and the statue in front of UN headquarters

Beast from Revelation of John ? US Christians and the statue in front of UN headquarters

By JÖRG WOLLSCHLAGER | In early November 2021, a statue of a winged jaguar was erected in front of the UN’s visitors‘ plaza, evoking associations among some Christians in the US with the first beast from the Book of Revelation or Apocalypse. According to the UN, it is a guardian of „international peace and security“. So are the Christians wrong and is their interpretation based only on imagination and paranoia?

They only quote the second part of chapter 13 from the Book of Revelation (13:2) „and the beast which I saw was like a leopard, and his feet were as the feet of a bear, and his mouth as the mouth of a lion; and the dragon gave him his power, and his throne, and great authority“ and leave out the first part (13:1) which speaks of seven heads and ten horns when describing the beast. At first glance, therefore, a comparison does not seem very appropriate here. But what is this officially well-crafted work of art of a winged jaguar all about?

The statue is a gift to the UN from the Mexican state of Oaxaca, made by the exceptionally talented artists Jacobo and Maria Angeles, and is intended to be an allegorical guardian of „international peace and security“, according to the UN. The mystical beings known as Alebrijes in local tradition hark back to popular pre-Columbian beliefs. The name „Alebrijes“ refers to a vision that the cartonero or papier-mache artist Pedro Linares López had in 1936 while delirious from fever. A donkey with butterfly wings, a rooster with the horns of a bull and a lion with an eagle’s head kept calling out the imaginary word Alebrijes to him. This art movement first gained international attention through the two communist artists Diego Riviera and Frieda Kahlo.

What did the jaguar stand for in pre-Columbian cultures? As the hunter of the twilight, the jaguar symbolised the night for the Maya and, as a feared predatory cat, was also the power attribute of the demons of the underworld. Other indigenous pre-Columbian cultures had similar animistic beliefs. The UN does not represent or promote Christian beliefs. On the contrary, the Lucis Trust (formerly the Lucifer Trust), which more or less functions as the religious department of the Uno, bases its teachings on the ideas of the esotericist and occultist Alice Baily. One also thinks of the black magnetide stone in the meditation room of the UN, which is associated with a Saturn cult and is reminiscent of the Kaaba in Mecca. Against this background, the mistrust of believing Christians towards the World Government Organisation and its chosen symbolism is justified. 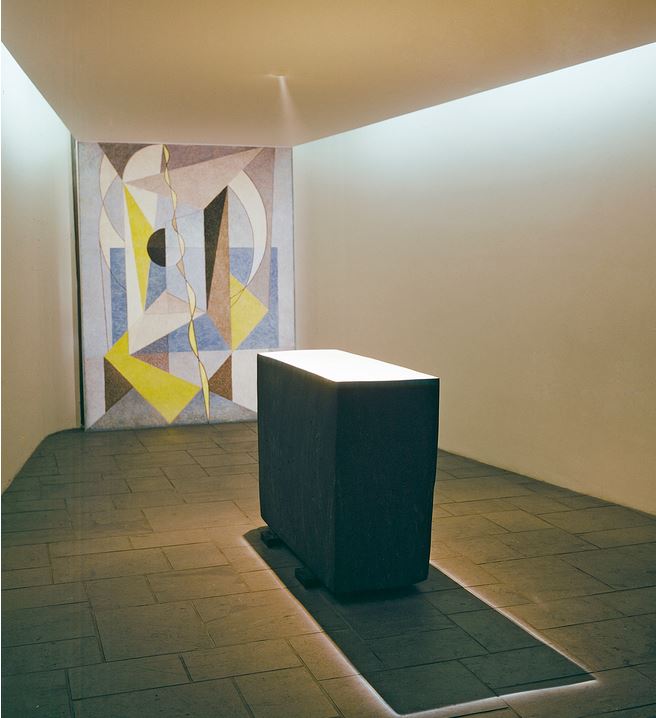